Salt Lake City could be the best place to become an esthetician if you like helping people maintain healthy skin while living an outdoorsy lifestyle. Because people spend so much time outside, the city ranked 113th out of 150 major metro areas in terms of skin health, with nearly the worst ranking for skin cancer. Estheticians, therefore, are a must, as they cleanse, moisturize, and detect problems in people's skin before issues arise. While the city ranked low overall, it ranked third in actual attention paid to the residents' skin—likely thanks to the excellence of its estheticians and their training. The city paid its estheticians an average of $30,600 per year, or $14.71 per hour, as of 2018. Utah is expecting a whopping 35% growth in esthetician jobs between 2016 and 2026, over 20% higher than the national average expectation.

Utah requires estheticians to earn 600 hours of training or 800 hours of apprenticeship to earn an esthetician license. The Salt Lake City esthetician programs below will all earn you your 600 hours, plus prepare you for all required exams. 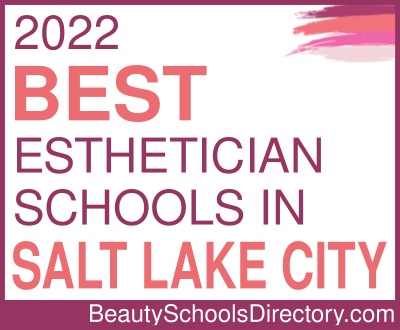 If you're looking for only the premier schools that Salt Lake City has to offer, then check out our list of Salt Lake City's best esthetician schools.

Find Other Esthetician Schools in Utah

Check out the Esthetics/Skin Care schools these cities in Utah have to offer.